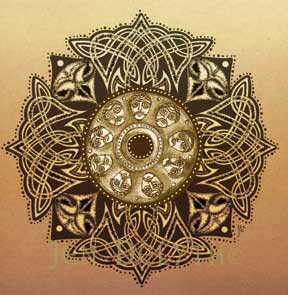 Keltoi is the Greek term meaning barbarian, or foreigner. The name was first ascribed to the Gauls and the European tribes who would most likely not have recognized what it meant, and would not have used it to describe themselves. We have continued to know them – those people whose culture is loosely defined by their language, religion, art and culture – as the Celts. Those who we know as the Celts are the fiercely independent tribes that the Romans referred to as the Gauls, Galli and Galatae, and the Greeks named Keltoi.  Their brilliant boasts, riddled wit, generous insults and terrible battle screams haunt the mountains and rivers, the high hills and hidden valleys of ancient Britain and Europe. Something of their light and darkness lingers still within our veins, like the golden mead so favored by those warriors of life and death. We have remaining to us mere snippets of knowledge and more legend of the Scordisci, Boii, Senones and Norici, the Iceni, Belgae, Parisi, Brigantes: clannish tribes who fought each other as often as they battled with those who did not speak their common language or worship their Mysteries of the earth. Boldly dressed and powerfully striking in appearance, they were considered fierce warriors who lived for the glory of battle with emphasis on personal bravery and honor to the tribe. They made war and conquest among other Celtic tribes and against the Etruscans, the Romans, and the Greeks. The warriors of the ancient European Celts once threatened the might of Rome and the sanctity of Delphi, the sacred oracle of Greece. But it is in the islands of the Atlantic that their culture took root, continuing to evolve through their language and traditions to the present day.
Artwork and Text by Jen Delyth  ©2003